TownHall Meeting on Heroin: The Epidemic

In October of 2016, PRIDE of Tuscaloosa partnered with the City of Tuscaloosa and The Benjamin Tyler Wells Foundation to host Tuscaloosa's first Town Hall Meeting regarding the Heroin Epidemic. We would like to thank all of those in attendance and the panel members that were heavily involved.

The goal of the town hall was to open the conversation about bridging the current gaps in treatment and to highlight the importance of prevention. Many individuals fall through the cracks in current treatment programs throughout the State of Alabama. It is important to start the conversation by opening it up to those in our community, and speak about what each sector can do to help the other succeed. We hope that through this town hall a coalition can be formed to see that a better structure can be put in place to help what the current one lacks. ​ 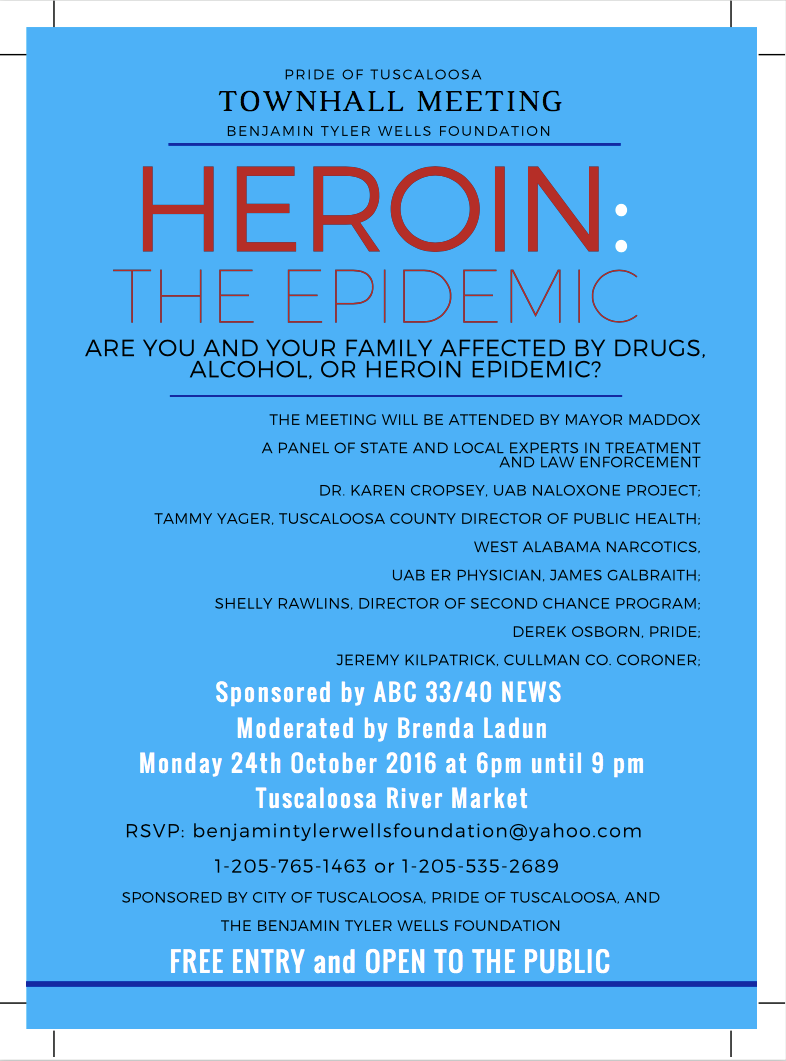